I Believe in Vocation

November 13, 2004
FYI, I got an accident on Monday, November 8. It was a traffic accident. My motorbike hit another motorbike. That's why I haven't updated this blog for a week. Now, let's dig deeper to our discussion on vocation.
-
Yesterday, I talked with my best friend Nunung during lunch. we haven't met each other for almost 2 month and we chatted about what happened to each of us in 2 months time not meeting each other. As usual, we also talked about our future.
-
Nunung told me that he had made decision to move to Australia. He's going to stay there, get a job, and perhaps pursue a Master's degree in the kangoroo country. Now, he's taking care of all the administrative documents needed in order to stay there. He plans to go there in Marchnext year. It's a good thing for him to plan his future. It's good to have a big amibition. I totally support him in that. But, the problem goes since he asked me to accompany him moving there.
-
It's always been my dream to spend some times/years abroad. I'm also looking to get a chance to take a Master degree overseas. But I cannot say yes immidiately. Maybe I should say that I am more to the NO answer than YES.
-
He always says to me that he doesn't like to live in Lampung, or even Indonesia. He wants to have a successful future ahead. He wants to have amazing career, a big house, newest cars, and really lives the life like the rich. Is that wrong? Of course NO. Is that a sin? Impossible. The problem is : "Everybody wants to have the life like that".
-
Nunung is so typical. What I mean is he just like the other people who wants to be rich. For him, and for most of us, success and happiness is equal with lots of money. I don't know what's wrong with me to think that I don't need to be rich to be successful.
-
He likes it, enjoys it, crazy with it, if other people can be jealous of him. He likes it if everyone envies him and hates to not be as lucky as him. Real Typical.
-
But I want to be different.
-
I have a vocation.
-
Yes, a vocation.
-
A vocation is a life calling. A personal life calling. Meaning, you're called not to be like everybody else. You're called to be different. You're called to be the agent of change.
-
I don't hate money. I like it to have lotsa money. But I hate living as an affluent person.
-
For me, the key to happiness and satisfactory lies in the word "RELATIONSHIP". I'm not living for my self. I live for everybody. I don't want to wake up someday to know that there are some people looking to kill me. No. No way.
-
I want to be known as "a friend" whom you can always trust. My biggest sin will be when I abuse somebody for my own benefit. I don't want anybody gives me labels, such as: arrogant, stingy, impolite like what they've said of me so far.
-
I like being a teacher because being a teacher is my vocation.Why teacher? Because I can get the chance to inspire others, to change others.That's why I'm spending my holidays watching "Monalisa Smile" and "School of Rock".It's because it teaches me to be the agent of change.It teaches me not to be conventional.It teaches me to be the one who shows the way.
-
Be different.
-
Why should you follow the world.
Why don't you just let the world follow you.
And how come the world follow you...
if you yourself are following them.
-
Change the world, please.
Make-A-Wish Reflection 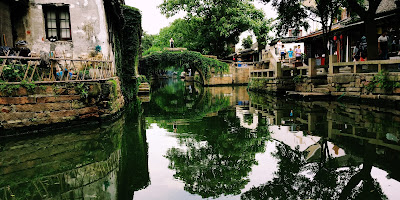