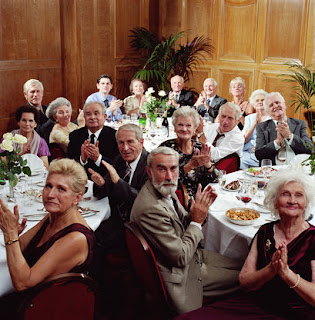 A freelance reporter for the New York Times was interviewing Marilyn Monroe years ago. He knew about her past of going to one foster home after another. The reporter asked Marilyn, "Did you ever feel loved by and of the families with whom you live?’She got teary-eyed as she told about the only time she felt loved. She said, "Once, when I was seven years old, the woman I was living with was putting on make-up and I was watching her. She was in a happy mood and she reached over and patted my cheeks . . . for that brief moment I felt loved."

“I had a paper route when I was 11 yrs. old. It was one of the more difficult routes, sprinkled with farms, rural homes, and a smattering of hills. But the money was good for a child, and my parents allowed me to keep my earnings to buy the non-necessities of life (stereo, records, tape recorders, etc.). Our family’s lower-middle-class income had very little room for non-necessities. My monthly income forced me to learn about delayed gratification, savings accounts, and other nuances of capitalism. One ordinary Tuesday, while cruising downtown on my bicycle, I passed a music store and skidded to a halt. There , in the window, standing all by itself, was the most beautiful conga drum I had ever seen. It was almost as tall as me, and I could not take my eyes off its barrel-shaped beauty. Dark and light wood alternated around a laminated exterior. A round chrome frame stretched the thick animal skin tightly over the top of the drum. It was 1953, and an eleven-year old boy could not resist the allure of such a drum. Twenty dollars was a lot of money in those days, but I had twenty dollars in my savings account. Before the day was over, I had purchased the conga drum, brought it home, and proudly showed it to all my friends. None of us knew how to play any kind of a drum, but it didn’t stop us from pretending to be the most rhythmically talented group of boys in the world. And then my father arrived home from work. Anxious to show him my new purchase, I pranced into the kitchen beating on my drum as loudly as I could, beaming from ear to ear.

“Where did you get that?” my dad said sharply.

I hesitated, “Uh, I bought it with my paper route money, Dad. It’s a conga drum! Isn’t it beautiful?” I was very proud.

His harshness continued. “How much did you pay for it?”

“Twenty dollars,” I said meekly, still waiting for him to share my excitement and joy.

“Twenty dollars?” I was not prepared for his anger.

I stood there stupidly while my new drum slowly slid from my side onto the kitchen floor. Nothing but silence, and then the words I shall never forget: “Take it back!” I couldn’t believe what I was hearing. My parents had emphasized over and over again that my paper route money was mine. As long as I didn’t spend it on something illegal or immoral, I was free to buy what I wanted. I wanted the conga drum, and my father was ordering me to take it back. (My father had grown up during the Great Depression. In fairness to him, he thought the music store salesman had taken advantage of me. Of course, I didn’t understand that at the time.) The next morning, I took the drum back. For reasons I don’t really understand, the trauma of that experience burned itself deep into my soul. Emotionally I was crushed, and every good experience since as been shadowed by the fear of hearing the words, “Take it back.” Buried in the back of my mind is the gnawing worry that my grace credit card is going to be canceled. Parked somewhere in my subconscious is the belief that grace and forgiveness are lavish, unconditional, and limited. I continually worry that God’s love will simply wear out.”

At a recent spiritual retreat with my oldest son, the conga drum experience resurfaced. Late one evening in the middle of the retreat, I told the story to my son for the first time. The scar on my soul still remained. On the final day of the retreat, just before communion, I led a short devotional. Although I had prepared a few notes, the talk was mostly spontaneous, and the story of the conga drum spilled out of me as an illustration of something I was talking about. Neither my son nor I had expected the story to be told. When I finished, I sat down to prepare for communion. The hushed chapel reflected our anticipation of the sacrament. The long silence continued, when, without warning, my son stomped to the front of the chapel, making an unusual amount of noise. He certainly grabbed everyone’s attention. After loudly marching up the stairs to the platform, he disappeared behind a large oak podium and started rustling through papers and cardboard, searching for something. Suddenly he turned to face the audience, holding in his hands a large, shiny new conga drum. He marched forward and placed the conga drum on the altar. Tears filled my eyes as I sat there, stunned. Is this for me? Can I keep the conga drum? Logic insisted that although this was a beautiful gesture from my son, it really wasn’t mine to keep. How could it be? He didn’t have any idea I was going to talk about the drum. I know, he must have remembered a conga drum in the storage room backstage and spontaneously decided it would be a great way to close the service.

Clearly it was not mine to keep, So I did not reach for the drum. I wasn’t about to have to give it back again. I will never forget what happened next. From the back of the room I heard the words, “Take the conga drum!” Slowly I rose to the altar and stared through tears at the most beautiful conga drum I had ever seen. I did not pick it up; I surrounded it with my arms and hugged it off the altar. My son told me later he was going to tell the story and present me with the drum, but when I started telling the story, he realized God had orchestrated the morning far beyond anyone’s expectations. On top of the bookcase behind me sits the conga drum. Forty-seven years is a long time to wait, but the waiting is over. Each time I look at it, my heart laughs over a God who conspired to make sure I understand forever his fathomless grace. Every day, I hear him whisper, “I never take back my grace!” I hope you hear him whispering too.
Make-A-Wish Spiritual