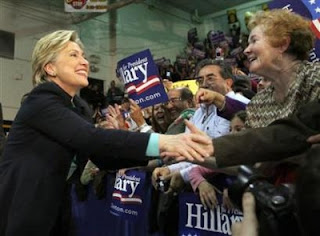 I know that I am not American but i support Mrs. Hillary Clinton to be the next US President. There are some reasons why i favor her above Barrack Obama, John McCain, or Mike Huckabee.
Go, Go, Hillary. I wish that you can beat Obama to get the Democrats nominee. Greetings from Indonesia.