Edison Chen: Is He Lucky or Unlucky? 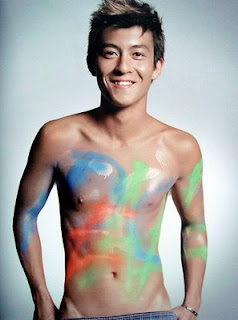 Edison Chen is one of the shining stars of Hongkong entertainment industry. He not only possesses good looks but he also can sing, act, design fashion, manage a company, and most important of all, able to create controversy. He has all that is needed to be a pop icon and celebrity. But on 21 February 2008, this 27-year-old hunk has decided to dismiss himself from the Hongkong entertainment business due to feeling bad after the infamous Hongkong photo scandal.

The photo scandal was started when Chen sent his pink laptop to a repair shop. The police suspect that one or more employees of the shop have allegedly copied Chen's some 1,300 intimate private photos. Chen, who happened to like taking the private photos of himself and the women he slept with, made his collection between 2003 and 2006. One by one, the photo was leaked into the internet via discussion forum. It sparked a great deal of controversy because Chen has slept with multiple Hongkong top female celebrities according to the collection. The hottest one is the sex scandal proven by the private photo collection of himself with Cecilia Cheung, who happens to be the wife of his best friend and fellow Hongkong icon, Nicholas Tse.

Some of the Hongkong celebrities who has involved in romantic and sexual relationship with Edison Chen are:
So, according to you, he is actually lucky or unlucky?
Edison Chen English Post People

Ika Devita Susanti said…
He is unlucky for luckyness..

he had a chance to get intimate with those sexy actress and he got the unlucky punishment for his achievement.
9:24 AM