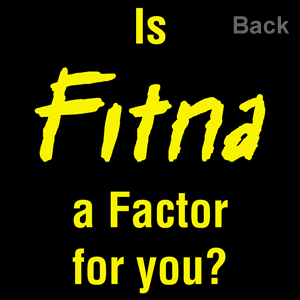 Recently, the movie 'Fitna' had become a restless issue in the Indonesian blogosphere. First of all, I want to make it clear that I don't have any idea what the movie is about and am not bothered to watch it either. What I heard from the media, the Made-In-Holland movie portrays a cruel depiction of Muslim society where they are stigmatized as a bunch of terrorists. Pardon me if I am wrong since I really have no interest to find out more about the movie itself. I am more concern about how my Indonesian government react to the so-called biased movie.

The Ministry of Information and Communication has called for the blocking of some websites just because some bigots have uploaded the movie to those websites. The memorandum listed some file-sharing website such as YouTube, Multiply, MySpace, and RapidShare on the target. The blocking has triggered much controversies since the government is reacting without thinking wisely about their decision. I guess most of us agree that the movie is not watchworthy, but blocking entire website for some minor problem is not a good way to solve the problem at all.

Instead of making a social movement to flag unwanted content to those file-sharing website, the government has ordered no-access policy to those websites as if the movie 'Fitna' is their overall content. In the meeting with the Minister, blogger Priyadi has said that collateral damage needs to be minimized in the war against the racist movie. Blogger Sri has reminded the minister that it is not wise to shoot a mosquito with a missile. We need those websites. Why should we close down a website just because some content that may be not a lot people do not care at all. Even if YouTube is not blocked, I will still not care to watch 'Fitna'.

What the government need to do is a good counterattack. Blogger Boy Avianto has said in the meeting with the Minister that we have to combat bad movie by making good movie. I agree with him that we should fight culture with culture. If we fight culture with violence, why should we blame the world society for thinking that Indonesian people are likely to be terrorists? If we are a dignified society, than we will make good reaction to counter 'a' movie. Remember, it is just a (short-duration) movie.

On the other hand, I found it so silly that the government has helped the publicity of the movie by making a lot of noise about it. Controversy are the best publicity and prohibiting something will truly make people even more keen to do it. If I am the leader of this country and I have the conviction that this movie should not be watched by my people, then I will not say anything about it. If we all just keep silent, may be not many people will be aware that there was this movie. The whole package of free 'blunder' publicity provided by the Indonesian people will surely add up the number of watchers of this movie. Moreover, the government also tends to think that the people of this nation are so stupid that they will be affected so much and become hateful if they watched this movie. Well, I guess the government has surely been affected. Where are the smart leaders who will tell their people that this is just a crap movie so they have to treat it as a joke?

Yet the government of Indonesia has a lot of works to do rather than just dealing with a dumb movie. They had not done anything worth mentioned as an achievement in dealing with rising inflation and jobless people. They do not have time to deal with serious matter due to the headache and heartache it would bring. They spend more time watching movies so that they have a lot to say about recent movies like Ayat-Ayat Cinta and Fitna.
Budaya Masyarakat English Post Other Bloggers

Anonymous said…
i haven't watched this movie as of yet, so i can't give opinion on that and i think the maker of this movie is 'kurang kerjaan' ..
8:33 AM