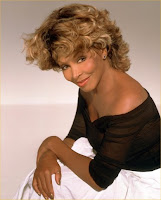 Turner has been acknowledged as one of the world's most popular and biggest-selling music artists of all time and is the most successful female rock artist of all time with record sales in excess of 180 million. She has sold more concert tickets than any other solo performer in history. To date, Turner has 7 Billboard top 10 singles, 16 US top ten R&B singles, and over 20 Top 40 hits in the UK. The popular press has referred to Turner favorably as "the truest rock diva of all," "soul's first real diva", "the most dynamic female soul singer in the history of the music," and "one of soul music's most incendiary performers." Turner is known for her "energetic" stage presence, vocals, rock concerts, as well as for her "long, well-proportioned legs. by Wikipedia 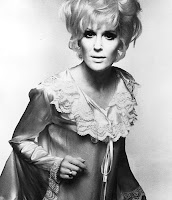 Springfield is widely regarded by many as one of the finest soul singers of all time, an accomplishment made even more notable by the fact that she was a "blue-eyed soul" singer — a white singer who sang material in a way normally associated with African-American singers. It is also notable that she was held in high esteem by many black singers (such as Aretha Franklin and Martha Reeves) whom she, in turn, also emulated and idolised. Aside from her contemporaries, many other artists have cited her as an influence or have cited their love of her music, including Neil Tennant, Elvis Costello, Beth Orton, Annie Lennox and Elton John. by Wikipedia. 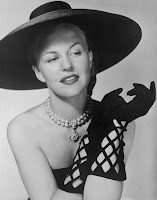 Widely recognized as one of the most important musical influences of the 20th century, Lee has been cited as a mentor to such diverse artists as Paul McCartney, Bette Midler, Madonna, k.d. lang, Elvis Costello, Dr. John, and numerous others. As a songwriter, she collaborated with her late husband Dave Barbour, Sonny Burke, Victor Young, Francis Lai, Dave Grusin, John Chiodini, and Duke Ellington who stated, "If I'm the Duke, then Peggy's the Queen." As an actress, she was nominated for an Academy Award for her role in Pete Kelly's Blues.Frank Sinatra, Ellla Fitzgerald, Judy Garland, Dean Martin, Bing Crosby and Louis Armstrong all cited Lee as one of their favorite singers. by Wikipedia. 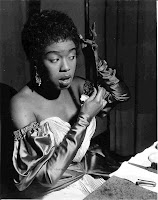 Possessor of one of the most wondrous voices of the 20th century, Sarah Vaughan ranked with Ella Fitzgerald and Billie Holiday in the very top echelon of female jazz singers. She often gave the impression that with her wide range, perfectly controlled vibrato, and wide expressive abilities, she could do anything she wanted with her voice. Although not all of her many recordings are essential (give Vaughan a weak song and she might strangle it to death), Sarah Vaughan's legacy as a performer and a recording artist will be very difficult to match in the future. by Scott Yanow 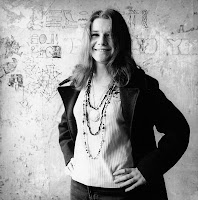 Janis Joplin (1943 - 1970) was one of the most popular and influential female singers to emerge from the West Coast "counterculture" that thrived in the mid- to late-1960s. Her compelling stage and recording persona effectively transcended any regional boundaries. Her trademark raucous performing presence, combined with the raw emotion conveyed in her bluesy singing style and her unconventional but trend-setting and highly personal taste in fashion, captivated a national audience who sensed both her toughness and vulnerability and, in turn, embraced her without condition. Joplin, who was given to emotional excess and susceptible to unhealthy indulgence, passed away at the height of her fame. by Answers.Com