Nim's Island & The Love of Nature 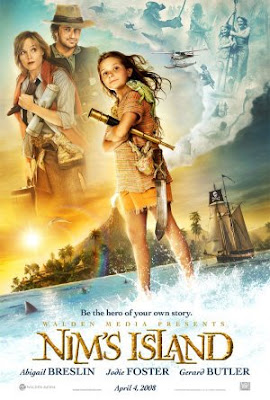 Recently I watched Nim's Island, a movie about a girl named Nim who lives in an remote island somewhere in South Pacific. This movie is directed by Jennifer Flackett and Mark Levin based on a book with the same title by the author Wendy Orr. A cute girl, Abigail Breslin, starred as Nim in this movie with Gerard Butler as her father. Another main character in this movie is Alexandra Rover (Jodie Foster), an author of adventure novels about a brave cowboy named Alex Rover, which turned out to be her alter ego. This movie is basically about Nim's adventure to protect the island while her marine biologist father was found missing somewhere in the ocean while doing his research. She requested the help of her hero, the brave Alex Rover, to save her while the island was invaded by ignorant tourists. Unknown to her was the fact that Alex Rover was actually a coward woman who never even walked away from her house due to her fear of the outside world. The movie talks about how both of them managed to overcome their fear and let the real adventure to take place in their life.

In my point of view, this movie comes with a strong environmental message. Living only with her father in the island have made Nim to make friends with the unique animal in the island. The movie tells about her friendship with Selkie (sea lion), Fred (bearded dragon), Chica (turtle), and Galileio (pelican) who are really real friends for her. Those animals are found to be helpful when Nim tried to protect the island from the invaders since her father is missing and Alex Rover can't make it to come on time. The friendship portrayed here is a possibility if human really treats animals as fellow citizens of the world. Human should respect the habitats of the animals and let them have their freedom as much as we have ours. The invaders in the movie thought Selki as a funny creature and Fred as a monster. If we really love the environment than we would regard them as beautiful and friendly creature.

The tourist invaders are the people ignorant of the environment and they just know about how to have fun with themselves. Little did they know about connecting themselves with mother nature. Nim's love to the island have triggered her to take action to make the invaders return home. Nim tried all the possible ways to make the volcano in the island produced its smoke and quake so that the invaders would leave the island. Nim's courageous act to save the island is a good example for all of us to start taking action to save our planet. 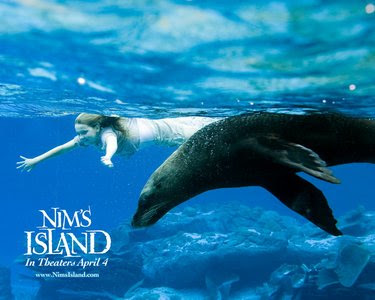 What should we do to start doing something to protect our planet. Here are some small tips:

Anonymous said…
if only people would do all the points you have written, the world would be a better place. we shall wait and see..
3:43 PM

Ika Devita Susanti said…
but there is an issue where we could not use plasctic bottle more that 3 times. how about that?
3:23 PM