Love Scandal In A Vineyard

January 06, 2009
This is a republication of my previous writing dated back on June 11, 2007 for Cross-Written blog. Cross-Written.Com is a devotional blog that will give you bloody inspirational messages. 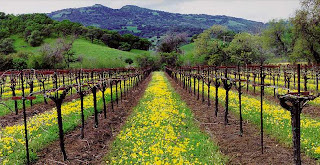 Now I will sing for the one I love
a song about his vineyard:
My beloved had a vineyard
on a rich and fertile hill.
He plowed the land, cleared its stones,
and planted it with the best vines.
In the middle he built a watchtower
and carved a winepress in the nearby rocks.
Then he waited for a harvest of sweet grapes,
but the grapes that grew were bitter.


Now, you people of Jerusalem and Judah,
you judge between me and my vineyard.
What more could I have done for my vineyard
that I have not already done?
When I expected sweet grapes,
why did my vineyard give me bitter grapes?

Can you feel him when he said what more could he have done for his vineyard that he had not already done? What would he do next? Here is the answer:
Now let me tell you
what I will do to my vineyard:
I will tear down its hedges
and let it be destroyed.
I will break down its walls
and let the animals trample it.
I will make it a wild place
where the vines are not pruned
and the ground is not hoed,
a place overgrown with briers and thorns.
I will command the clouds
to drop no rain on it.

What a sad ending to the vineyard that was truly loved by its owner. Moreover, it is told that the owner of the vineyard is The Lord himself:

Around 700 years after the words of The Lord were spoken by the prophet Isaiah, God-incarnated Jesus repeats almost a similar story. He spoke to the groups of religious leaders of Israel in Matthew Gospel chapter 21 (NLT). This is what he said:


"Now listen to another story. A certain landowner planted a vineyard, built a wall around it, dug a pit for pressing out the grape juice, and built a lookout tower. Then he leased the vineyard to tenant farmers and moved to another country. At the time of the grape harvest, he sent his servants to collect his share of the crop. But the farmers grabbed his servants, beat one, killed one, and stoned another. So the landowner sent a larger group of his servants to collect for him, but the results were the same. "Finally, the owner sent his son, thinking, `Surely they will respect my son.' "But when the tenant farmers saw his son coming, they said to one another, `Here comes the heir to this estate. Come on, let's kill him and get the estate for ourselves!' So they grabbed him, dragged him out of the vineyard, and murdered him. "When the owner of the vineyard returns," Jesus asked, "what do you think he will do to those farmers?" The religious leaders replied, "He will put the wicked men to a horrible death and lease the vineyard to others who will give him his share of the crop after each harvest."Then Jesus asked them, "Didn't you ever read this in the Scriptures? `The stone that the builders rejected has now become the corner stone. This is the LORD's doing, and it is wonderful to see.' I tell you, the Kingdom of God will be taken away from you and given to a nation that will produce the proper fruit. Anyone who stumbles over that stone will be broken to pieces, and it will crush anyone it falls on." When the leading priests and Pharisees heard this parable, they realized he was telling the story against them—they were the wicked farmers."

This time, Jesus talked about the fulfillment of the prophecy spoken though Isaiah seven centuries earlier. God as the owner of the vineyard has been desperately longed for the best fruit he could get, but after waiting patiently for such a long time, he still could not find what he looked for. That’s why Jesus said that the Kingdom of God was taken from the people of Israel to a new nation that he expected to produce the fruit he wants. The new nation is the church.

In Exodus 19, God has provided a destiny for the nation of Israel. He wanted them to be his own special treasure from among all the peoples on earth; for all the earth belongs to him. And they will be his kingdom of priests, his holy nation (verses 5-6, NLT). This destiny was never fulfilled by Israel. That’s why God is designing a new chosen nation, that is the church. Apostle Peter said that God calls the church to be a chosen people, royal priests, a holy nation, God's very own possession. As a result, they can show others the goodness of God, for he called them out of the darkness into his wonderful light (1 Pet 2:9, NLT). 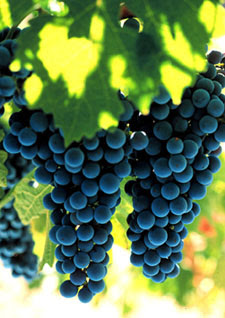 So, it is clear that God is looking for the sweet fruit. What kind of fruit that God couldn’t find in the people of Israel which he expects to find in his church? In Jesus’ time, he addressed his anger mostly to the priests, scribes, and the Pharisees. These groups of people are known to be very much religious and loved to follow all the rules or ordinances of God in order to have a holy living. But Jesus often rebuked them for their hypocrisy and judgment attitude. He even called them as the plant which is not planted by the Father and blind men (Mat 15). Jesus said that although they are very religious, they are not pleasing to God of the vineyard. He said that:

`These people honor me with their lips, but their hearts are far from me.Their worship is a farce, for they teach man-made ideas as commands from God.'
Brennan Manning was right when he said that “Christianity is not primarily a moral code, or an ethic, or a philosophy of life,” He adds. “It’s a love affair. Jesus takes us to the father, and they pour out the Holy Spirit upon us — not to be nicer people with better morals, but brand new creations, prophets, lovers, human torches ignited with the flaming Spirit of the living God.”

What God is looking for all these times are none other than the human hearts. It is the real home that God is longing to have. He is not pleased with the majestic temple made by King Solomon, but he is interested in dwelling among his people. Listen to the heartbeat of God when he said firstly to the people of Israel this love song:


For you are a holy people, who belong to the LORD your God. Of all the people on earth, the LORD your God has chosen you to be his own special treasure. "The LORD did not set his heart on you and choose you because you were more numerous than other nations, for you were the smallest of all nations! Rather, it was simply that the LORD loves you, and he was keeping the oath he had sworn to your ancestors. That is why the LORD rescued you with such a strong hand from your slavery and from the oppressive hand of Pharaoh, king of Egypt. Understand, therefore, that the LORD your God is indeed God. He is the faithful God who keeps his covenant for a thousand generations and lavishes his unfailing love on those who love him and obey his commands. But he does not hesitate to punish and destroy those who reject him. (Deuteronomy 7, NLT)

The number one agenda that our God has when he first created mankind was that he could have deep intimate loving fellowship with the people He created. God wants to shower his love the one he loved. This same God has not changed until today. He is still looking for people who are willing to give their hearts to Him. Even among the best churches, he is still saying these words: "Look! I stand at the door and knock. If you hear my voice and open the door, I will come in, and we will share a meal together as friends. (Rev 3, NLT)”. God is still looking for the home for him to abide. Would you love to have yourself as a home for God? This is how you can do it:

"All who love me will do what I say.
My Father will love them,
and we will come
and make our home with each of them.”
(John 14:23, NLT)
English Post Spiritual