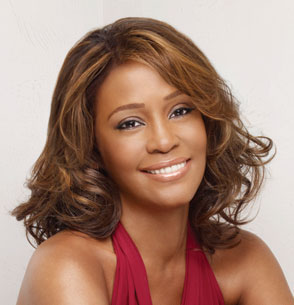 Recently, the music industry has lost one of its giant, Whitney Houston, one of the greatest voices on earth. Whitney's sudden death in a bathtub at a hotel in Beverly Hills one day before the Grammy Awards has been a shock to everybody. Many speculation has arisen on the cause of her death, but one thing for sure, she was clean on the day of her death.

To remember Whitney, here are some tributes for her:

From the songwriter of "I Look to You", R Kelly:

From her godmother, Aretha Franklin:

The last Whitney's legacy is the movie, "Sparkle" which will premier in August this year. In this movie, Whitney will sing some soundtracks, one of them is Gospel classic: "His Eye is on a Sparrow". People around her said that her last public performance is singing "Yes, Jesus loves me" with Kelly Price. Her funeral service has brought the world's attention back to the church. Whitney, at last, can sing her song "I love the Lord" in Heaven.