The statistics of her achievements as a recording sales leader are clearly drawn in platinum and gold. She had achieved sales unequaled by any other female recording artist. With fifty gold albums, she is second in the all-time charts, ahead of The Beatles and The Rolling Stones, exceeded only by Elvis. Thus, she is the only artist among the top four all-time gold record sellers who was not part of the rock & roll revolution which has dominated the record business for four decades. Her thirty platinum albums, according to the Recording Industry Association of America, exceeds all other female singers. That organization also noted that she is the only female artist ever to have achieved thirteen multi-platinum albums (including the soundtrack for her motion picture "A Star Is Born"), earning her eight Grammy Awards and Grammy's Lifetime Achievement and Legend Awards in the process. She continues to be the highest-selling female recording artist ever and has had number one albums in each of the last four decades. Her number one albums span a period of nearly 35 years, the greatest longevity in that statistic for any solo recording artist. A recent poll by the Reuters news agency identified her as the favorite female singer of the 20th Century and Frank Sinatra as the favorite male singer. By Her Official Website. 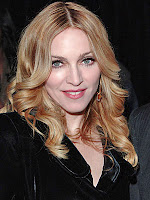 Madonna is ranked by the Recording Industry Association of America as the "Best Selling Female Rock Artist of the Twentieth Century" and the second top-selling female artist in the United States with 63 million certified albums. According to Guinness World Records, she is the "World’s most successful female recording artist of all time" and the top earning female singer in the world with an estimated net worth of over $400 million, having sold over 200 million albums worldwide.Billboard reported that her 2006 Confessions Tour holds the record for the highest grossing concert tour by a female artist. On March 10, 2008, she was inducted into the Rock and Roll Hall of Fame. By Wikipedia. 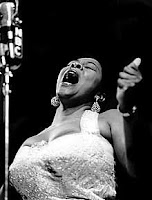 Known as "The Queen" or "Miss D," vocalist Dinah Washington emerged one of the most versatile cross-over artists of the post World War era. Her gospel-trained voice--noted for its rhythmical precision and tonal clarity--performed blues, jazz, and ballads with equal authority. Arnold Shaw, in his book Honkers and Shouters: Golden Years of Rhythm and Blues, stated "She had a flutelike voice, sinuous, caressing, and penetrating. Master of all devices of the blues and gospel shadings--the bent notes, the broken notes, the slides, the anticipations, and the behind-the-beat notes--she handled them with intensity that came from her early church training." Between 1948 and 1961 Washington made over 400 sides with the Mercury label, recordings that reveal her diversity and popular acclaim. Renown for her offstage brashness and erratic behavior, Washington spent these years struggling to maintain a successful music career while overcoming the affects of numerous marriages and sporadic crash dieting. Until her death in 1963 she toured nationally playing nightclubs and large venues such as Las Vegas and Carnegie Hall--a 20-year career that influenced younger singers from Ruth Brown to Nancy Wilson. By John Cohassey. 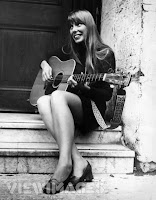 When the dust settles, Joni Mitchell may stand as the most important and influential female recording artist of the late 20th century. Uncompromising and iconoclastic, Mitchell confounded expectations at every turn; restlessly innovative, her music evolved from deeply personal folk stylings into pop, jazz, avant-garde, and even world music, presaging the multicultural experimentation of the 1980s and 1990s by over a decade. Fiercely independent, her work steadfastly resisted the whims of both mainstream audiences and the male-dominated recording industry. While Mitchell's records never sold in the same numbers enjoyed by contemporaries like Carole King, Janis Joplin, or Aretha Franklin, none experimented so recklessly with their artistic identities or so bravely explored territory outside of the accepted confines of pop music, resulting in a creative legacy which paved the way for performers ranging from Patti Smith and Chrissie Hynde to Madonna and Courtney Love. by Jason Ankeny 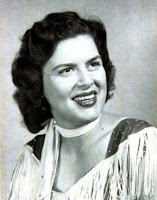 Patsy Cline enjoyed pop music cross-over success during the era of the Nashville Sound in the early 1960s. Since her death at the age of 30 in a 1963 plane crash at the height of her career, she has been considered one of the most influential, successful, revered and acclaimed female vocalists of the 20th century. Her life and career has been the subject of numerous books, movies, documentaries, articles and stage plays. Cline was best known for her rich tone and emotionally expressive voice, which, along with her role as a mover and shaker in the Country Music industry, has been cited and praised as an inspiration by many vocalists of various music genres. Posthumously she has sold millions of albums over the past 50 years and won countless awards, which has given her an iconic fan status, similar to that of music legends Johnny Cash and Elvis Presley. In 2001, she was voted by artists and members of the Country Music industry as #1 of 40 Greatest Women of Country Music of all time and in 1999 she was voted #11 of The 100 Greatest Women in Rock and Roll of all time by members and artists of the rock industry. According to her 1973 Country Music Hall of Fame plaque: "Her heritage of timeless recordings is testimony to her artistic capacity." Among those hits: "Walkin' After Midnight", "I Fall to Pieces", "She's Got You", "Crazy", and "Sweet Dreams". By Wikipedia.

Anonymous said…
Okay, your top five are quite good. but the next fifteen are in wrong order. there is no way Maddona can rank above Whitney houston, Barbra Streisand and Mariah Carey. all three artists have had greater influence and better vocals than Maddona. the only thing that Madonna has is sales. ANd that aint the main criteria otherwise ARetha wudnt be number one
3:50 PM

I understand what you mean. I, myself, am not a fan of Madonna, and musically speaking, I'd rather spend my time listening to Barbra, Whitney, and Mariah, than to Madonna.

But as I can't ignore the fact the Madonna has changed a lot of things in the music industry. Prior to her, in order to be a singer, you must have a wonderful voice. And then she came, somebody who is not really good in singin but is great in making herself marketable. After that, we all know what happen next, we have Britney Spears and Paris Hilton selling millions of album.

She's the mother of all singers who are better seen than heard. She came along with the MTV which make us judge the singer not only from their voice, but also in their dancing, etc.

If i have to consider quality alone, then I would already put Patty Labelle and Gladys Knight into the list. But in terms of the influence, we can't deny that Madonna has influenced more singers than Barbra, Whitney, and Mariah do.

Don't forget the fact that even Mariah Carey has changed the way she dressed herself. It happened in post-madonna era.