September 17, 2008
In recent years, I've spent much times reading about music and its history. That's why now I come up with this list of 20 greatest male vocalists in the music recording era. Perhaps some people will argue with me over this list, especially since I made it in the form of charts, but I guess it will open doors of lots of new discussion. I, myself, am not a musician or singer of any sort, but truly I am a music lovers. I have set some criteria in judging who should be put into the list:
Without further ado, let's start the countdown: 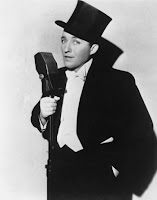 
Bing Crosby was, without doubt, the most popular and influential media star of the first half of the 20th century. The undisputed best-selling artist until well into the rock era (with over half a billion records in circulation), the most popular radio star of all time, and the biggest box-office draw of the 1940s, Crosby dominated the entertainment world from the Depression until the mid-'50s, and proved just as influential as he was popular. Unlike the many vocal artists before him, Crosby grew up with radio, and his intimate bedside manner was a style perfectly suited to emphasize the strengths of a medium transmitted directly into the home. He was also helped by the emerging microphone technology: scientists had perfected the electrically amplified recording process scant months before Crosby debuted on record, and in contrast to earlier vocalists, who were forced to strain their voices into the upper register to make an impression on mechanically recorded tracks, Crosby's warm, manly baritone crooned contentedly without a thought of excess.
John Bush 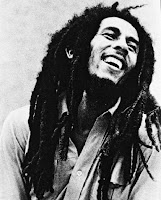 
Since just about every human on the planet seems to own Legend, it's hardly necessary to describe the King of Reggae's music. Marley's style developed early under the tutelage of Lee Perry, who influenced Marley's phrasing and provided him with Jamaica's tightest backing unit The Upsetters. His voice graced early Ska, Rock Steady and Reggae recordings, accompanied by fellow Wailers Peter Tosh and Bunny Wailer. Later Marley utilized female singers in the I-Threes when Peter and Bunny left to pursue solo careers. It took Eric Clapton's chart-topping success with "I Shot the Sheriff" to introduce Marley's music to a wide audience in the U.S., but today his sound is a bona fide international phenomenon. Biting lyrics coated in sugary-sweet melodies made Marley a genuine political force who delivered his messages in upbeat, rhythmic vehicles. His prophetic wails still ring true; his expansive music remains powerful and virtuosic. We're left wondering why we had to lose the Caribbean negus at such a young age.
Jessy Terry 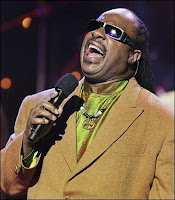 
Stevie Wonder is a much-beloved American icon and an indisputable genius not only of R&B but popular music in general. Blind virtually since birth, Wonder's heightened awareness of sound helped him create vibrant, colorful music teeming with life and ambition. Nearly everything he recorded bore the stamp of his sunny, joyous positivity; even when he addressed serious racial, social, and spiritual issues (which he did quite often in his prime), or sang about heartbreak and romantic uncertainty, an underlying sense of optimism and hope always seemed to emerge. Much like his inspiration, Ray Charles, Wonder had a voracious appetite for many different kinds of music, and refused to confine himself to any one sound or style. His best records were a richly eclectic brew of soul, funk, rock & roll, sophisticated Broadway/Tin Pan Alley-style pop, jazz, reggae, and African elements -- and they weren't just stylistic exercises; Wonder took it all and forged it into his own personal form of expression. His range helped account for his broad-based appeal, but so did his unique, elastic voice, his peerless melodic facility, his gift for complex arrangements, and his taste for lovely, often sentimental ballads. Additionally, Wonder's pioneering use of synthesizers during the '70s changed the face of R&B; he employed a kaleidoscope of contrasting textures and voices that made him a virtual one-man band, all the while evoking a surprisingly organic warmth. Along with Marvin Gaye and Isaac Hayes, Wonder brought R&B into the album age, crafting his LPs as cohesive, consistent statements with compositions that often took time to make their point. All of this made Wonder perhaps R&B's greatest individual auteur, rivaled only by Gaye or, in later days, Prince. Originally, Wonder was a child prodigy who started out in the general Motown mold, but he took control of his vision in the '70s, spinning off a series of incredible albums that were as popular as they were acclaimed; most of his reputation rests on these works, which most prominently include Talking Book, Innervisions, and Songs in the Key of Life. His output since then has been inconsistent, marred by excesses of sentimentality and less of the progressive imagination of his best work, but it's hardly lessened the reverence in which he's long been held.
Steve Huey 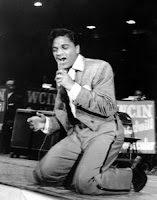 
Jackie Wilson was one of the most important agents of black pop's transition from R&B into soul. In terms of vocal power (especially in the upper register), few could outdo him; he was also an electrifying on-stage showman. He was a consistent hitmaker from the mid-'50s through the early '70s, although never a crossover superstar. His reputation isn't quite on par with Ray Charles, James Brown, or Sam Cooke, however, because his records did not always reflect his artistic genius. Indeed, there is a consensus of sorts among critics that Wilson was something of an underachiever in the studio, due to the sometimes inappropriately pop-based material and arrangements that he used.
Richie Unterberger 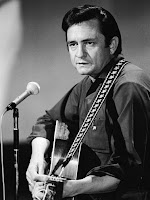 
Johnny Cash was one of the most imposing and influential figures in post-World War II country music. With his deep, resonant baritone and spare, percussive guitar, he had a basic, distinctive sound. Cash didn't sound like Nashville, nor did he sound like honky tonk or rock & roll. He created his own subgenre, falling halfway between the blunt emotional honesty of folk, the rebelliousness of rock & roll, and the world weariness of country. Cash's career coincided with the birth of rock & roll, and his rebellious attitude and simple, direct musical attack shared a lot of similarities with rock. However, there was a deep sense of history -- as he would later illustrate with his series of historical albums -- that kept him forever tied with country. And he was one of country music's biggest stars of the '50s and '60s, scoring well over 100 hit singles.
Stephen Thomas Erlewine