September 15, 2008
In recent years, I've spent much times reading about music and its history. That's why now I come up with this list of 20 greatest male vocalists in the music recording era. Perhaps some people will argue with me over this list, especially since I made it in the form of charts, but I guess it will open doors of lots of new discussion. I, myself, am not a musician or singer of any sort, but truly I am a music lovers. I have set some criteria in judging who should be put into the list:
Without further ado, let's start the countdown:


Nobody can deny that Garth Brooks changed the face of country music. Some believe he made country more accessible to Top-40 radio listeners by "updating" it, yet many music purists maintain that he simply bastardized country music by dumbing it down enough to cater to the simple tastes of the lowest common denominator of music consumers. Either way, Brooks jumps from his rope-swinging antics of flashy New Country songs to catchy Country Pop disguised as New Traditional country songs. His 1991 album Ropin' The Wind was the very first country album to debut at the top of the pop music charts -- one year after his No Fences went on a mad climb that eventually sold 13 million copies (and counting). Growing up with KISS records next to Merle Haggard LPs in his collection, Brooks was the first to blend the seemingly disparate genres of arena rock and Honky-Tonk. His commercialized vision let country music make sense to a lot of people who once ignored the genre, and it wasn't long before Wall Street investors in suits and ten-gallon Stetsons were among the thousands attending Brooks' concerts in Central Park. Eric Shea

Combining theatrics and an outrageously flamboyant stage persona with his fine natural-born talent (he possessed one of the greatest voices in all of music and penned some of pop's most enduring and instantly recognizable compositions), one of rock's greatest all-time entertainers/showmen was unquestionably Queen vocalist Freddie Mercury. Greg Prato In this age of musical genre ghetto-ization, Prince stands alone. The Artist can get funky, he can rock up a storm, he can croon a soulful ballad, he can spin out webs of jazz piano, he can hip and he can hop. And he can do it all, often brilliantly. Prince takes chances and often fails -- especially on the (hopefully abandoned) film front -- but every one of his albums is chock full of gems. Prince hasn't sustained the massive popularity he earned in the Purple Rain-crazed '80s, but that seems due more to bad publicity surrounding his tabloid lifestyle than his musical output. He can't hide the fact that he is an odd, fuzzy little man, but genius doesn't come in perfect packages. While legions of Prince's contemporaries crash and burn, he sits in his Minneapolis tower and continues to expand the boundaries of popular music.
Nick Dedina 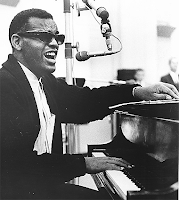 Heaven and earth battle it out in the music of Ray Charles, who combined gospel with the best of secular music and helped give birth to soul, rock, and hard bop. His early work showed the silky influences of the Nat "King" Cole trio and the piano blues great Charles Brown. Charles combined their sophisticated styles with R&B and gritty gospel to create his signature sound: hard, snappy piano combined with exquisite vocals that fall somewhere between a preacher gone bad and a yearning romantic balladeer. Charles absorbed styles like a sponge: big band jazz, country and pop were all added to his musical arsenal, and he built up a musical empire that kept him in the public eye for decades up until his untimely death, at the age of 73, in June 2004. Just prior to his passing, Charles cut his first duets record with such fans as Norah Jones, Willie Nelson, and Elton John, which illustrates a multi-generational sampling of the artists who list him as a prime influence. An American institution, Ray Charles' rendition of "Georgia on My Mind" has even become that state's anthem. If only the other 49 states could be as fortunate.
Nick Dedina 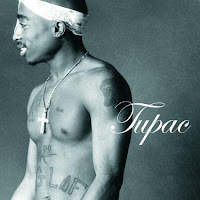 
One of the most idolized and imitated figures in the rap game, the legacy of Tupac Shakur is truly monumental. The Oakland emcee got his start as a dancer with Digital Underground before making his mark as a top-notch actor and hugely successful solo artist. He released his first album 2Pacalypse Now in 1991, followed by starring roles in the films Juice and Poetic Justice. His second album contained the player anthem "I Get Around" and the ode to struggling sisters "Keep Your Head Up." In addition to his rising celebrity status, Tupac also saw numerous run-ins with both sides of the law. In 1994 he released Thug Life, was shot several times in NYC, and was convicted of sexual assault. Me Against The World (1995) debuted at No. 1, while Pac was sitting in jail. Bailed out by Suge Knight, his Death Row premiere All Eyez On Me -- the first hip-hop double album -- featured the hit "California Love" and easily went multiplatinum. On September 7, 1996, Tupac was shot repeatedly in Las Vegas and died six days later. Numerous theories continue to surround his murder; some blame Bad Boy, others think Suge set him up, while legions of believers think he is still alive. Many new albums and compilations have continued his career posthumously, with "Changes" getting massive airplay in 1999. Tupac's murder remains unsolved.
Brolin Winning

Ika Devita Susanti said…
Geez... from the list above, i only recognize Freddie Mercury...