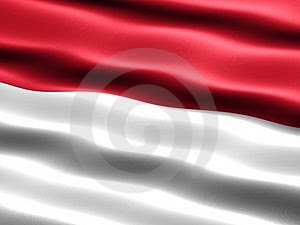 The democracy is in contrast with the feudalism where the people are divided into classes. Under the democracy, every body is a free citizen and has the right to participate in the government. Everybody here means all kinds of people: rich, poor, educated, uneducated, charismatic, or plain. There is no such thing such as nobility because all men all created equal. Take Barack Obama for example, who started his journey as nobody, but is able to become the strongest candidate for the next US presidency. Take Faisal Basri for example, who ran for Jakarta governorship in order to prove that even without money, somebody can become a governor in Indonesia. He has to bury his dream since in the No Law Country like Indonesia, everything is run by money, baby. You can buy people in Indonesia, one of the country with the highest number of human trafficking.

Although it is already 10 years after the Reform Movement in Indonesia, we can still see it very clearly that Indonesia still as undemocratic as before. If you are smart enough, you will understand that there are two superpowers in this country: the generals and the affluents. If you are a general or a retired general of the army or police, no matter how serious the crime that you did, you will go unpunished. Even though you are guilty of murdering so many innocent people in the past, you still can run for presidency (and having so many bootlickers as your loyal supporters). That is what so funny about this country. Well, it perhaps because we had a junta in past. The generals are still treated as the protector (or bully?) that you need to worship in order to give you a little peace and rest. 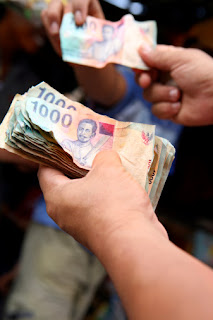 Next, if you are affluent, you can buy the votes of the people because the some people are still so stupid that they think when the rich give them something, it means that they are generous. They don't know that the rich only give a little of what they have to make them look like a (self-acclaim?) hero. If you are found guilty over a crime, you will get the least punishment since you can always bribe the attorneys or the judges. When you have to go to prison, for humanity reason, the jailers will turn your cell into some kind of hotel for you. You still can use your cell phone, have Internet access, have a personal TV, and even have a holiday (with sick leave given by the jailers). It's no secret that the people of this country don't care about implementing the justice because we are all too greedy.

So, what's the solution then? This nation finally conclude that this nation's number one problem is the low morality of her people. Because of the low morality, whoever in the power will be tempted to abuse the power that have been given to them. That's why this country knows the term 'korupsi berjamaah' where corruption has become a norm or the accepted behavior. Spidey's uncle told him, "With great power comes great responsibility" which is truly correct. But Uncle Ben has never been an Indonesian 'sesepuh' or 'highly-esteemed leader'. All we know is just "With great powes comes great oppurtunities to get what we want".

So how can we get morality then? Everybody says that you have to be pious and religious if you want to have a good moral. Excuse me, from what I know, morality has nothing to do with whether someone is religious or not. Even an atheist or an agnostic can be morally good and an imam or priests can be morally bad. History proves that religion has produced the most hypocrites in the world. In conclusion, morality has nothing to do with religion even though religion teaches good moral. To be morally conscious, you need to stop becoming selfish and greedy. You have to understand that you should share the world with others.

The country with the lowest corruption rate is Denmark, which is also the current happiest country in the world. Denmark is also the third country with the highest percentage of atheists and agnostics. Only 31% of the Danes who believe that there is God according to a survey. It further proves that morality has nothing to do with religiosity.

The second problem to this undemocratic Indonesia is the low quality of education. I have covered this topic in my previous posting, such as:

Fida Abbott said…
I have a special message for you
8:14 PM